On Wednesday 16th November there will be the excursion in the afternoon and the social dinner at the Lloyd’s Baia Hotel in the evening. The cost will be fully supported by the University of Cambridge.

During the excursion an expert guide will allow us to get access to the beauties and hystory of Salerno, moving from the Castello Arechi to the Cathedral, passing by the Museo Diocesano. After that, we are planning to have a light walk to visit few corners of the town where tradition and hystorical heritage merge into a unique atmosphere, ending the tour in the recently built Piazza della Libertà.

The tour starts by going via bus to the Castello Arechi. 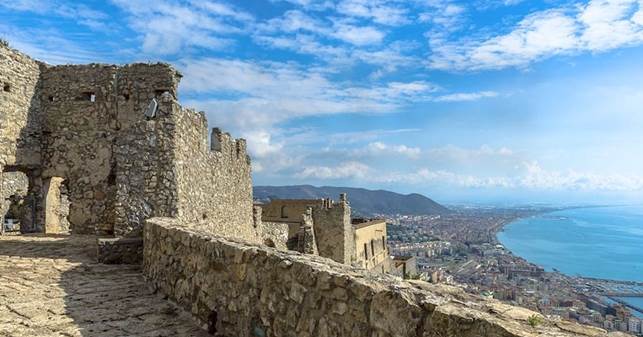 The first information about the Castello Arechi goes back to the second century. Rome fortified Salerno, formerly its colony, with a castle-Castrum-erected on top of Mount Bonadies (“good morning"), so-called because - being the highest part of the city - at dawn the sun rising from the east was the first to illuminate the summit

The medieval castle of Salerno contains three centuries of Lombard civilization (from the eighth to the eleventh century). Arechi II, a Lombard prince who moved the capital of the duchy from Benevento to Salerno, chose the pre-existing fortress as the fulcrum of his new capital, located 300 meters above sea level on the top of Mount Bonadies. Arechi raised and modified the ancient walls on pre-existing fortifications and built a castle "by nature and impregnable art, not being in Italy a fortress more equipped with it".

In 1077 the “Castello di Arechi” was taken away from Gisulfo II, the last Longobard prince of Salerno to become a Norman stronghold, functional to the penetration of the Nordic knights in the southern lands.

Subsequently, the “Castello di Arechi” became an important element in the Aragonese defensive chessboard, only to gradually lose importance with the changing techniques of warfare. To the Angevins, we owe the construction of a "balneum" and a thermal system.

Inside the castle it is possible to visit an archaeological museum. The museum exhibits finds from the excavations carried out on the site: these are ceramics, glass and coins.

As in all the legends concerning the old castles, a tradition has it that there are one or more secret passages that connect with the ancient watchtowers of the walls, especially with Forte la Carnale in front of the sea. These passages were meant to guarantee a safe escape for the prince.

The castle was almost completely abandoned in the 19th century.

The tour will then proceed to the 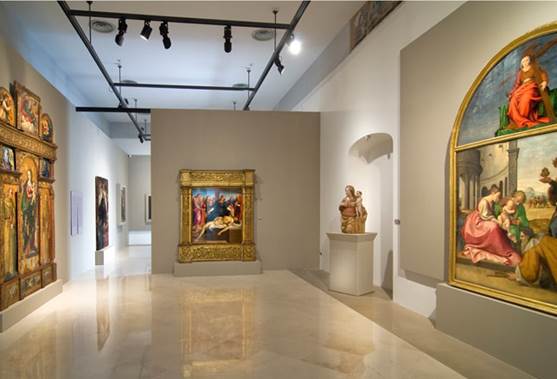 The Diocesan Museum is undoubtedly the most important container of works of art in Salerno. The current location is not the original one, but corresponds to the recovery of the structure of the Diocesan Seminary, which, with the Library and the Archives, constitutes a great cultural center of the city and the province. The current configuration of the building corresponds to the works carried out in 1832 by Archbishop Lupoli. Following this intervention, the plexus took on a rigorously neoclassical physiognomy with a symmetrical development built around the central axis of the door, on whose keystone the marble coat of arms of the prelate stands out, and of the balcony above, framed by a shrine that echoes a classic temple.

Among the works of art in the Museo Diocesano, the ivories of Salerno constitute the largest and most complete collection of historiated ivory tablets of the Christian Middle Ages (first half of the 12th century) in the world. There are 67 pieces, 37 of which are illustrated with scenes from the Old and New Testament. It seems that they were part of an altar frontal. There is no news of the collection in the medieval centuries. The first mention dates back to 1510, while the first list dates back to 1575. 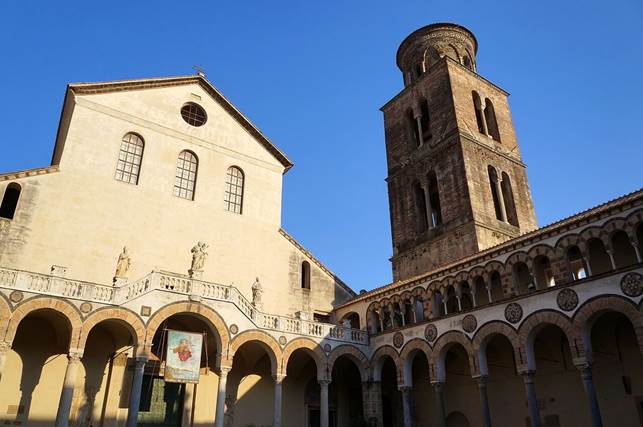 The tour moves to the Cathedral of Salerno. The Cathedral of Salerno was built by the Norman Duke Roberto il Guiscardo, immediately after the conquest of the city, which took place on 13 December 1076, after almost seven months of siege. A conquest that marked the beginning of the Norman dominion and the end of the Lombard one started by Arechi II. To enhance his figure and gain the favor of citizens exhausted by the long siege and hostile to him, he wanted to build a temple in honor of the Evangelist Matthew, whose remains had been kept in Salerno since 954. 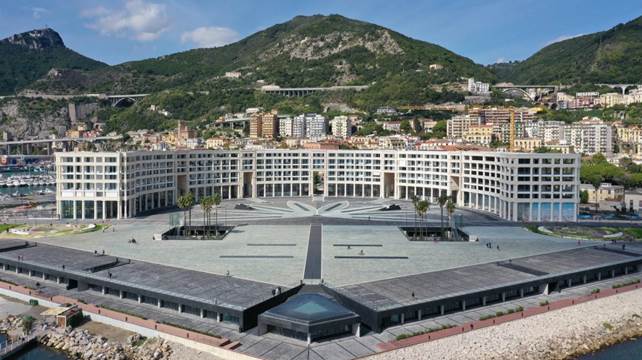 Finally, the tour will end with a light walk through the corners of the town, upon reaching Piazza della Libertà.