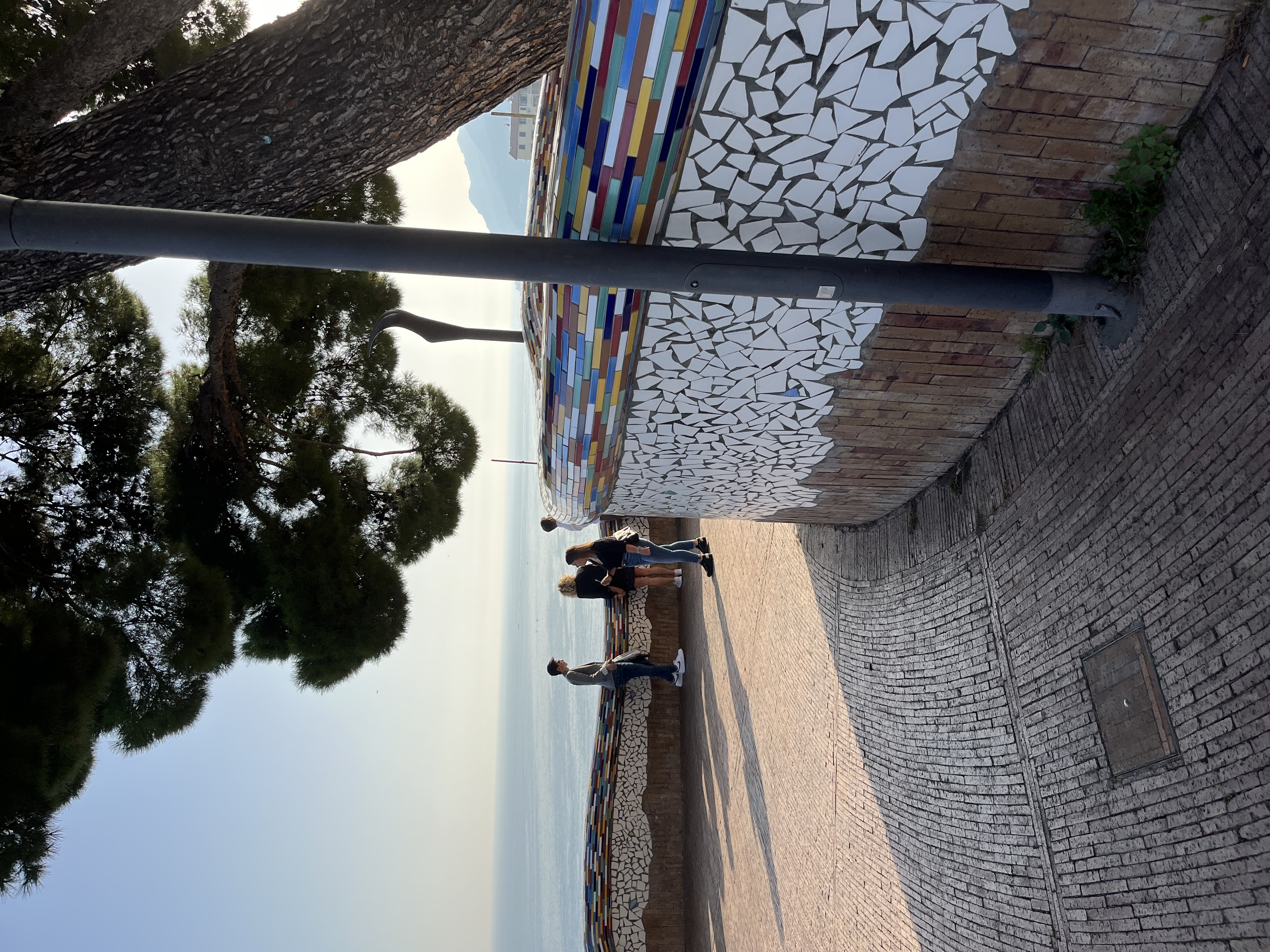 The Workshop OSS2022 will be held at the Lloyd's Baia Hotel which is placed in Vietri sul Mare. Vietri (from Veteri, its ancient Roman name) sul Mare (on the sea) is located within walking distance from Salerno and marks the beginning of the world-wide famous Amalfi Coast. Itcan be reached in one hour, by bus/trainfrom Naples Airport and in three hours from Rome Airport. Short rides, by bus/train take to Positano, Sorrento, Herculaneum, Pompei, Paestum, Vesuvius or, by boat, to the islands of Capri, Ischia, Procida.

How to get to Vietri

The main connection point to Vietri is the town of Salerno.
Below you can find info about how to reach Salerno from the airport of Rome and Naples.
From Naples, which is the closest airport, there are also few direct connections to Vietri. Some detailed information are given at the end of this page.
You can reach Vietri from Salerno by bus


How to get to Salerno

Take the train Leonardo Express to "Roma Termini" (main station). It is a direct train that serves the route between the airport and the centre of the city of Rome every 30 minutes. Ticket costs euro 14 and can be bought at the airport train station. Get your ticket stamped in a yellow validation machine just before using it. Ticket expires 90 minutes after validation. The train Leonardo Express covers the distance in 30 minutes.

At Roma Termini take a corresponding train to Salerno. The whole trip takes 3 hours approximately. Tickets can be purchased at the airport train station or at Roma Termini (click here for the timetable). Remember to stamp the ticket at the yellow machines before getting on the train.

a) In front of the arrivals, take the direct bus to Salerno downtown. The bus Company is Buonotourist. The ride from the Airport of Naples Capodichino to Salerno and vice versa takes about 65 minutes. The rides are made from Monday to Saturday, excluding holidays. The ticket can be purchased directly on board, at the price of € 5,70.

In Salerno there will be 5 different stops. If you want to proceed to Amalfi by boat, the most convenient stop is “Piazza Della Concordia”. If you want to go by bus, get off at the last stop in via Vinciprova, which is also the terminal for the departure of the buses to Amalfi.

b) In front of the arrivals, take the "Alibus" to Naples train station (Napoli Centrale at Piazza Garibaldi). The company provides a daily service, including holidays, with a frequency of 20 minutes. The ticket costs 5.00 eur. The ride to Piazza Garibaldi lasts about 20 minutes. For more information, please visit:

Remember to stamp the train ticket at the yellow machines before getting on the train. The whole trip takes 1h30 approximately.

If you want to get a taxi from the airport directly to Amalfi, the price is about 140€, see the link for informations.

Please be advised that these are predetermined rates, but we suggest to request them at the beginning of the ride.

By bus from Salerno